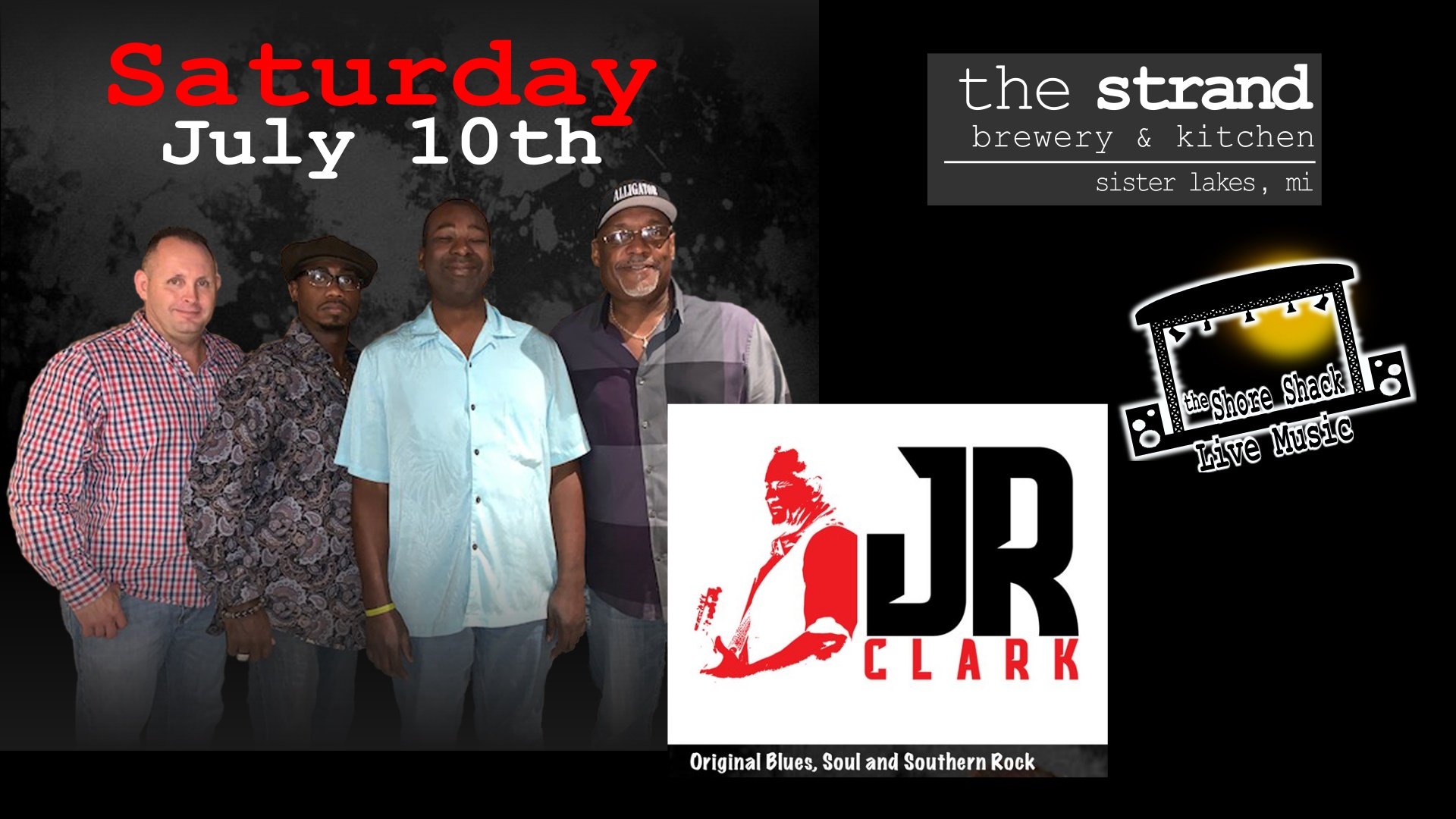 the J R Clark Band formerly (JR Clark and the All Star Blues Mob) at the Shore Shack – the Strand Brewery
This act, previously know as J R Clark and the All Star Blues Mob, has multiple albums out which can be found on most platforms that sell or stream music. The band name change is really just going back to the original band name. The musicians in the band still consist of artists who have toured Nationally and Internationally.
. This act consists of national talents Johnny B. Gayden -Alligator Records recording artist and bass player for “Albert Collins and the Ice Breakers”. Johnny played on the grammy winning album “Show Down” with Albert Collins, Robert Cray and Johnny Clyde Copeland. Johnny B. Gayden also has recorded with Johnny Winter , toured with Larry McCray and shared the stage with Stevie Ray Vaughn and George Thorogood to name a few. Drummer Randal Willis has worked with the likes of Artie Bluesboy White, Joe Joe Murray, Tyrone Davis and Mississippi Heat to name a few. Rounding out the lineup is Willie Styles on keys. Willie briefly toured with Robert Ward and is one of the premier and most sought out keyboard players in West Michigan. J R Clark fronts the band on vocals and guitar. Learning slide guitar and showmanship from national touring artist Lil’ Ed Williams of Lil’Ed and the Blues Imperials whom he has toured with from time to time, J R is also a double threat on standard guitar. Melding a host influences such as, Michael Burks, Luther Allison, and Larry McCray, J R put’s out a big sound of house rockin’ blues, soul and southern rock of his own!
#thestrandbrewery