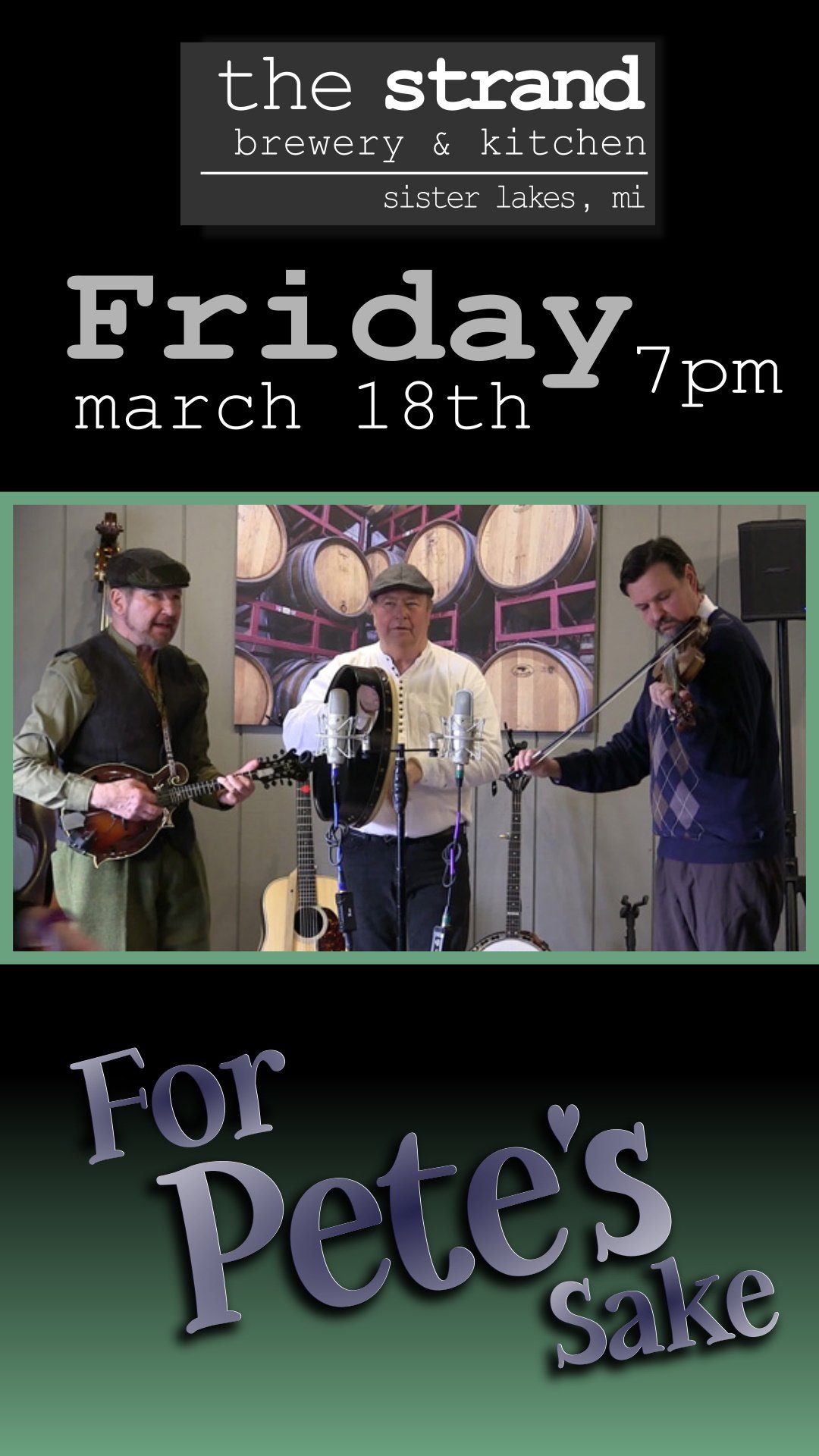 For Pete’s Sake is an acoustic group of musicians. Originally, Dan Moser and Cole Latimer played with Pete Nye (of the Chicago Bluegrass Band). When Pete joined the eternal chorus, Dan and Cole renamed the band in Pete’s remembrance and continued the music. While bluegrass and classic country are still an influential part of their music, one member of the band showed his prowess in Celtic music.
Cole Latimer’s experiences with the fiddle in Ireland have added a new dimension to the music. Cole currently lives in South Bend, IN. In addition to being a superb fiddle player, his contributions to the band also includes: mandolin, bodhran, tin whistle, guitar, banjo and bass and his distinctive vocals.

Dan Moser, from La Porte, IN shares vocals with Cole and also plays a variety of acoustic instruments. The ability to switch up instruments between the musicians results in a constant variety of sounds.
Jim McClure makes three! Jim is a Michigan City area percussionist with an affinity for the music. When he sat in with For Pete’s Sake on the cajon at a local Irish pub, listeners began to dance and Jim soon became a valued member of the group. He continues to explore the bodhran which has become integral to the sound.

For Pete’s Sake plays regularly for Irish Pubs, breweries and wineries and they love to participate in the plethora of local festivals.
We hope you enjoy