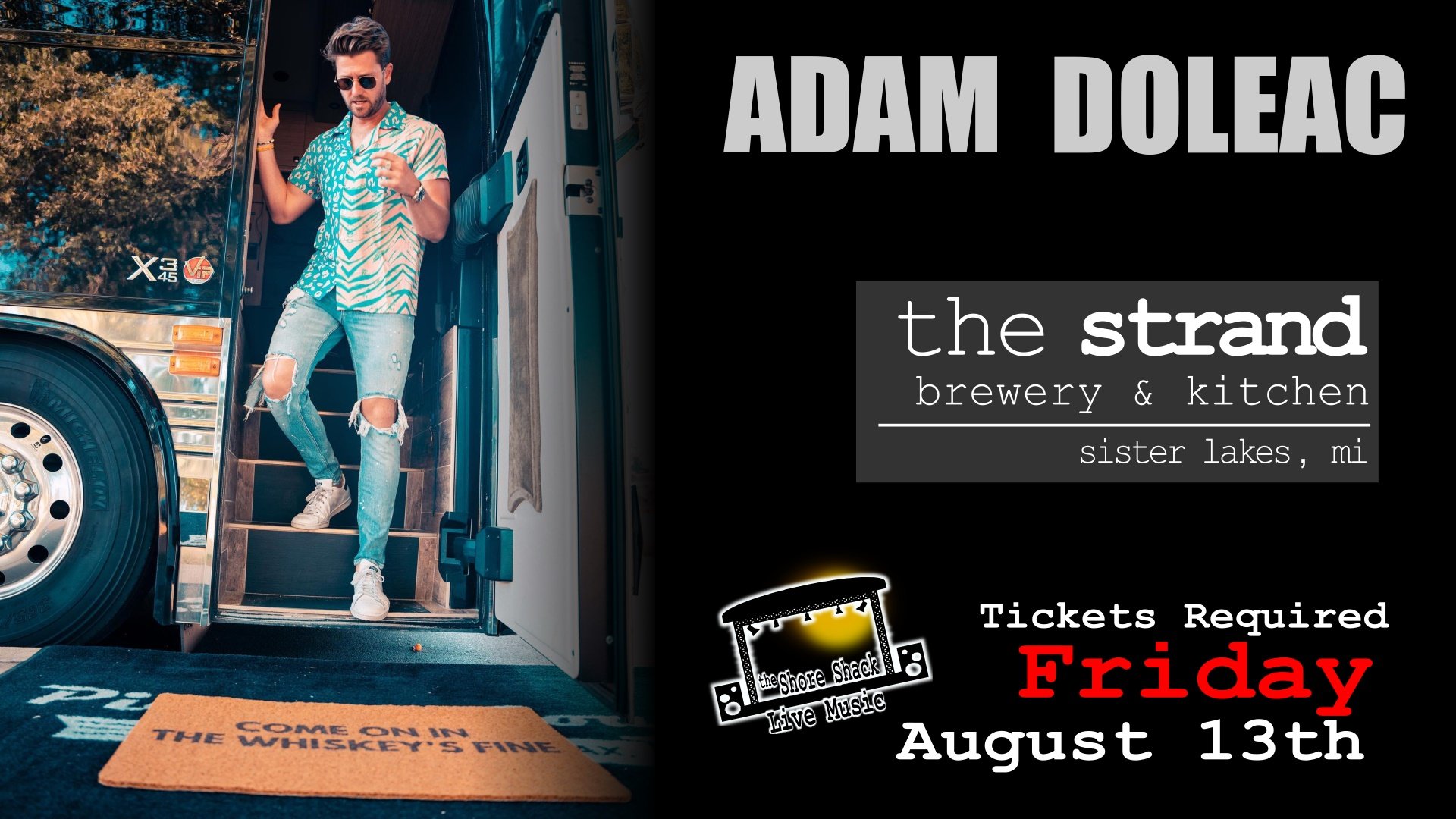 Live at the Strand – Adam Doleac.
Tickets on sale now!
Adam Doleac has always been a go-getter, setting lofty goals as quickly as he achieves them. This high-gear drive has made his life a journey with many destinations, from stadiums as a baseballer to Music Row as a hit songwriter — the mainstage, however, may be his final stop. With his latest two tracks, “Another,” and “Meet Me in the City,” he updates his fans on where he’s headed next, musically and personally.
“That’s one of my favorite things about releasing music,” Doleac says. “Every time you put something out, your fans get to learn a little more about you, a little something extra. You can show them what direction you’re going in and what you’re like just a bit more.”
The rising artist’s new songs follow his major label debut EP, Famous, which arrived via Sony Music Nashville in April 2020. Praised by outlets including Sounds Like Nashville and Roots Music Magazine, who called it a “collection of Doleac’s finest moments,” the six-song set includes his current single at radio, “Whiskey’s Fine,” as well as the project’s critically-acclaimed lead single and title track, which topped Sirius XM’s The Highway Hot Country Countdown and impacted country radio as one of the week’s most-added songs in January 2020.